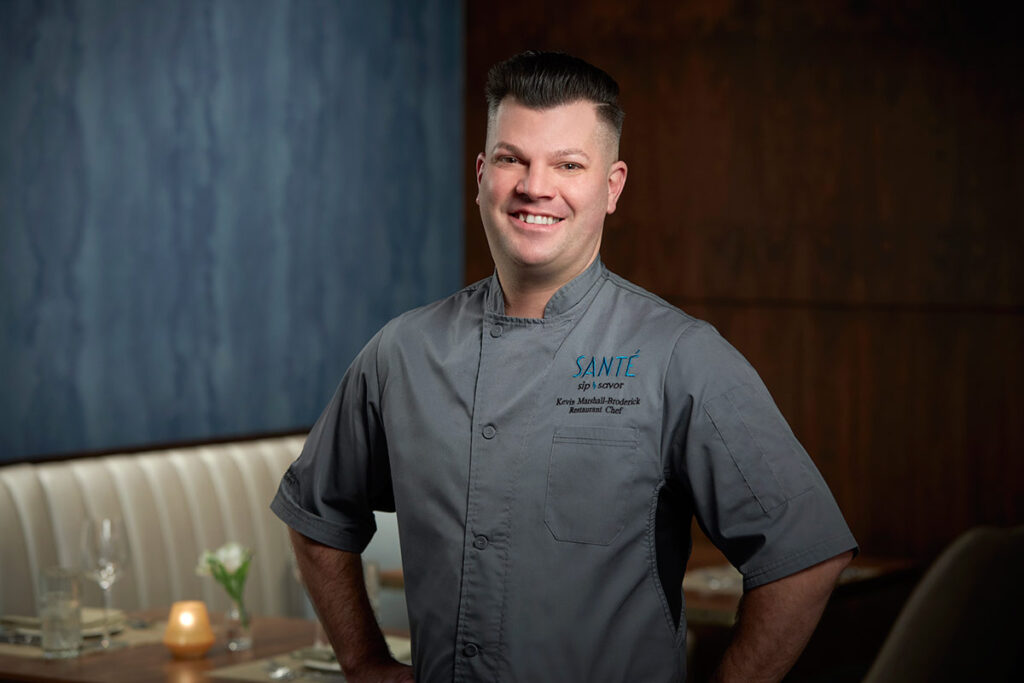 Born and raised in Niagara Falls, NY, Kevin developed a passion for cooking from a young age, having always found himself at his grandmother’s side to help in the kitchen. He attended Buffalo State College, earning his Bachelors in Music Education while working at a local restaurant. After graduation, Kevin relocated to the Washington Metropolitan Area, where he taught Choir while attending the Art Institute of Washington to pursue a Diploma in Culinary Arts. Upon completion of his degree, Kevin worked under the Robert Wiedmaier RW Restaurant Group at both Wildwood Kitchen and Mussel Bar and Grille, gaining knowledge of Belgian and Mediterranean Cuisines.

Kevin joined The Ritz Carlton, Pentagon City in January 2014 as a cook II in fyve Restaurant Lounge. He moved up the ranks to Kitchen Supervisor and in December 2019, Kevin took on the role as Specialty Chef for fyve and now Santé working under Executive Chef Phil Skerman. In 2021, Kevin was successful in the planning and menu creation for Santé.

When Kevin is not working, he enjoys time with his family, friends and trying out different restaurants. He loves being outdoors and appreciates music and the arts. 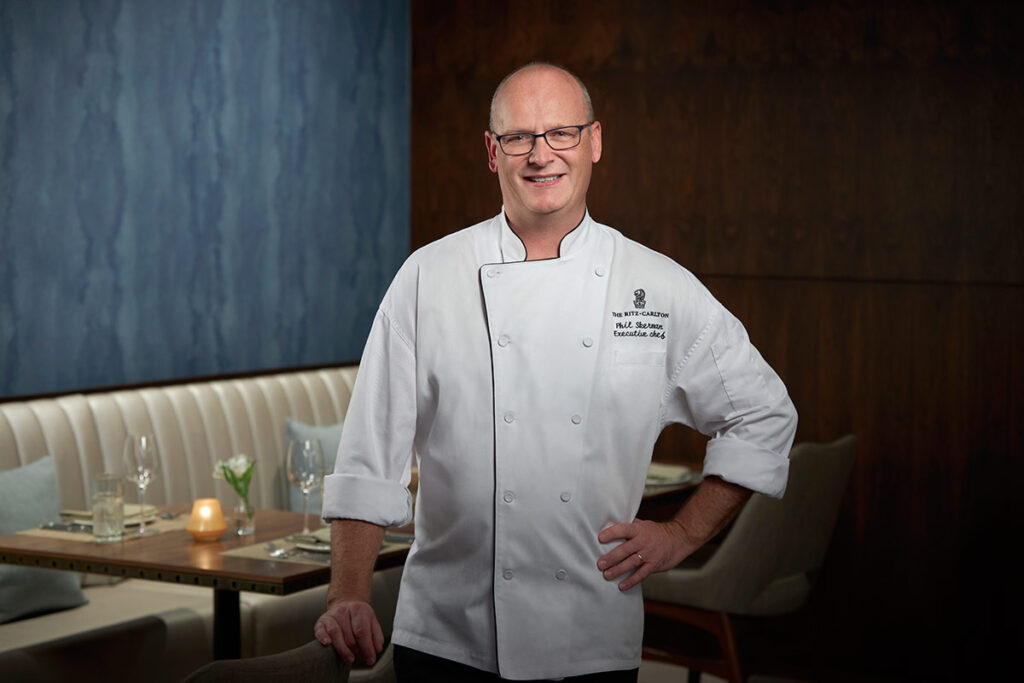 Executive Chef
As Executive Chef, Phil Skerman is integral in introducing new and innovative food & beverage initiatives to the property. Having a 24 year tenure with The Ritz-Carlton, Chef Skerman focuses on all culinary areas to include Banquets, Garde Manger, Club Lounge, Santé, and Pastry. In addition to a passion for food, he loves attending live music events and is a huge Washington Nationals fan. 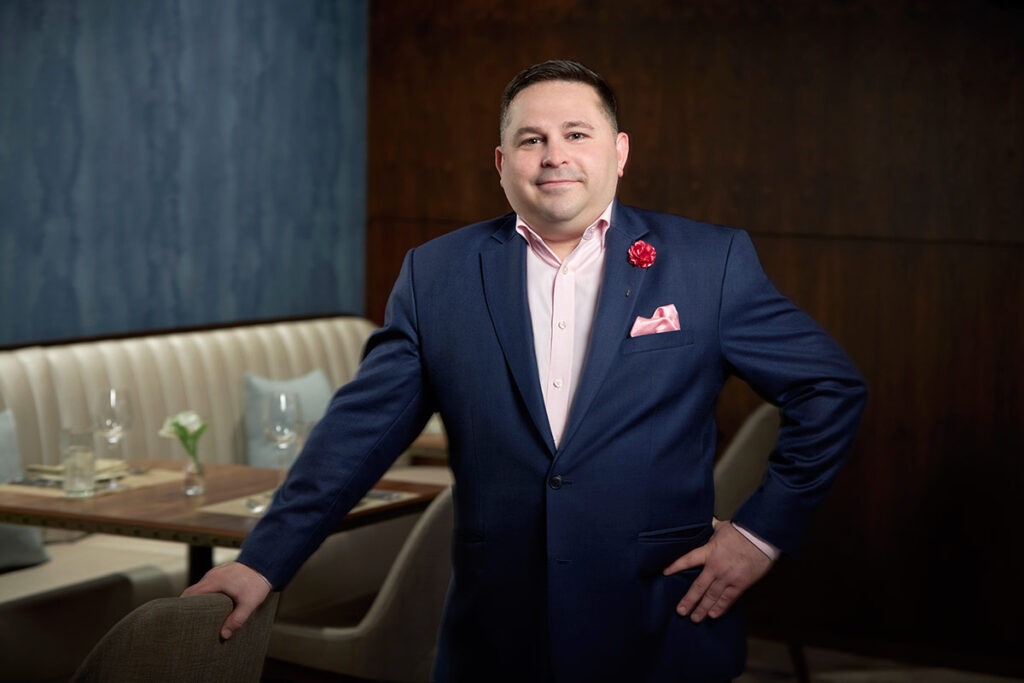 Director of Food & Beverage Shaun Henesy leads multiple operations within The Ritz-Carlton, Pentagon City, ensuring excellence in every aspect of the hotel’s culinary and beverage offerings. Shaun has over 20 years of experience in fine dining and hospitality, having received awards during his tenure at The Mark Hotel in New York City and The Ritz-Carlton, Washington, DC, and working alongside renowned chefs Eric Ripert, Geoffrey Zakarian, Traci Des Jardins, and Jean-Georges Vongerichten. Shaun consistently demonstrates his commitment to elevating and advancing food and beverage operations in a multitude of environments, and has played an integral role in the implementation of Santé. Shaun is passionate about providing exceptional experiences as well as cheering on his favorite baseball team, the New York Mets.

Now accepting reservations. We can’t wait to see you!